Why Australians are saying goodbye to traditional funerals

“I’d love to hear someone tell the truth in a funeral eulogy. Like, ‘He was a miserable bastard and everyone hated his guts.’ When will it happen?” – John.

The Australian funeral industry remains in the Dark Ages. Despite our nation’s cultural shift away from religion and tradition, traditional funeral directors still provide the same service offerings they have been for 100 years.

Families are shifting from tradition with their attitudes to funeral planning. More want simpler, more intimate and affordable send-offs, which are predominately family-led – rather than traditional ceremonies arranged by funeral directors.

We invited Australians to tell us why they are saying goodbye to traditional funerals. We’ve learned they want three key things: affordability, personalisation, and celebration of life instead of mourning the dead.

“My father’s executor spending $22,000 on a funeral for a simple trucker who led a simple life,” was when Rae knew things would be done differently next time.

“He would never have spent that sort of money on a funeral. Also made me decide not to have a solicitor as an executor, as his three kids were excluded from any major decisions,” Rae said.

Coughing up for a traditional funeral – often paying for stuff families often don’t need, or even want – places almost a third (32%) of seniors into unnecessary hardship, according to the Australian Seniors Cost of Death report. These vulnerable families are often unaware they have other options when a loved one dies.

Mary is keen on a non-traditional send-off when the time comes, “so my kids didn’t have to pay a fortune for something I don’t want,” she said.

“Since going to family funerals and seeing the overpriced suggestions and guilt laid on people at their lowest point in life,” Shirley added.

At Bare, we are on a mission to provide Australians like Mary and Shirley with an alternative to expensive, traditional ceremonies.

Aside from the financial impact, families tell us they want to break from tradition so that they can have more say in the funeral planning and include more personalised elements.

Deb said she knew she didn’t want a traditional funeral after hearing a funeral director talk about her grandmother as though he’d known her for years.

A family-led funeral also allows those closest to the deceased to farewell a loved one in a more intimate setting.

“It’s just like this: if people don’t come see you whilst you are alive, why pay for them to come and winge about when you’re dead?” Patricia said.

“My cousin had direct committal from hospital and then everyone met up a couple days later. So I think that’s better, what I would like,” Aileen added.

COVID’s funeral limitations have forced many families to reconsider how they farewell a loved one, but there has been a silver lining.

Lisa lost both of her parents at the start of the pandemic, so funeral restrictions meant simple coffins and only close family saying goodbye in small groups before the cremation. Everyone wrote funny and loving tributes in Texta all over their coffins, and the grandkids left drawings for Nan and Pop.

A beach memorial was held later on, once loved social gathering rules relaxed. “It was such a much more pleasant way to say goodbye,” Lisa said.

Almost two years later, the youngest granddaughter told her, “I wish I had Nana’s box to write on again, Aunty Lisa! I miss her, I have so much to tell her.”

Many others want a loved one’s funeral to celebrate the life lived, rather than mourn their death.

“They are boring, much the same as they were years ago,” Sheryle said.

“I want fun smiles etc when I go and a big party … I want a celebration of my life, NOT sadness. Just music, fun dancing. And same goes at my wake.”

Judith knew she wanted to do things differently “after attending others’ funerals and thinking there is no way I want my loved ones to go through this.”

Sometimes it’s laughter that reminds us more of how the deceased lived their life, so it’s only fitting to send them off with a chuckle.

“The icing on the cake was the comic cremation of my brother in Bahrain, where it is mainly burial,” Anna said.

“Ended up with a Hindu funeral pyre run by small men who couldn’t lift him onto the pyre and then couldn’t get the fire started. Tears of laughter all round, he would have loved it. My whole family decided laughter was a much better way to remember someone,” she said.

Avoid a traditional funeral parlour send-off by pre-planning your own simple and affordable funeral with Bare. An unattended cremation allows loved ones to plan a more personalised family-led service that celebrates the life lived. 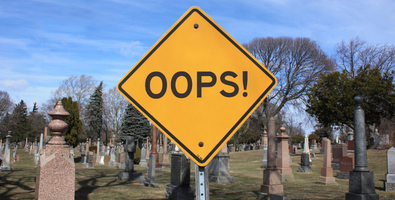 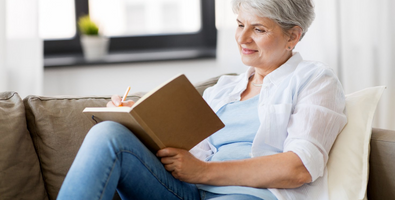 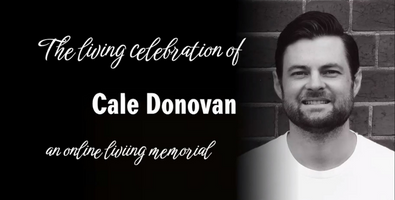